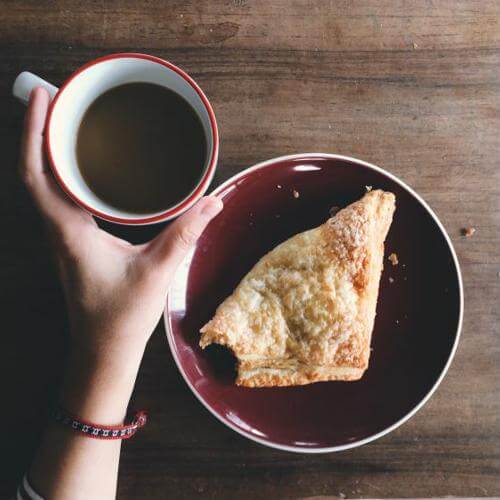 If you’re studying the baking and pastry arts, you’re probably someone who loves dessert. In that way, you’re little different from some of your favorite celebrities. Many stars of stage and screen have revealed their weakness for sweets, and their preferences can set trends for fans and pastry chefs everywhere.

The next time you’re whipping up a batch of delicious baked goods, take some inspiration from these famous names. You’ll soon find delightful ways to add some star power to a celebrity’s No. 1 indulgence.

“Blake Lively has never been shy about her love for preparing desserts.”

Best known for her role in the TV series “Gossip Girl,” Blake Lively has never been shy about her love for preparing food, especially desserts. She has spent an evening working as a pastry chef and designed her own cupcake. However, Lively said in an interview with Vogue that her very favorite dessert is a chocolate souffle.

If you want to prepare a sophisticated treat that would catch the “Age of Adaline” star’s attention, start with this recipe from the New York Times. These directions recommend taking the racks out of your oven and setting a baking sheet on its floor before heating to 400 degrees Fahrenheit. Melt eight ounces of bittersweet chocolate and a half cup of butter in the microwave. While the mixture is still warm, whisk in six egg yolks and a pinch of salt.

With an electric mixer set to medium speed, beat the egg whites and cream of tartar until you have a fluffy mixture with soft peaks. Gradually add four tablespoons of granulated sugar and keep beating. Once the peaks are stiff, pour a quarter of the egg white mixture into the chocolate mixture and whisk. Then, fold in the rest of the whites to complete the batter.

Move the batter into a souffle dish coated with butter and sugar. Use your thumb to form a small gap between the dish and the mixture. Place the dish in the oven and lower the temperature to 375 degrees. Bake 25 to 35 minutes, waiting for the souffle to puff up and the center to become relatively firm.

Prior to her marriage to Prince William, Kate Middleton was known to stop in at the Old Boot Inn in the Berkshire village of Stanford Dingley for a dose of comfort food in warm, cozy surroundings. The establishment’s former chef Rody Warot shared the recipe for the Duchess of Cambridge’s beloved sticky toffee pudding with People.

First, place eight ounces of pitted and chopped dates in a bowl and cover them with boiling water. Pour an inch of water into a roasting pan and set it in an oven set to 375 degrees. Add butter and flour to a 9-by-9-inch pan.

Use an electric mixer to beat together butter and sugar, followed by two eggs and then black treacle, golden syrup and vanilla. At low speed, mix in self-rising cake flour.

Use a food processor to puree the dates, and then add baking soda. Pour the date mixture into the batter, stirring everything together before moving it into the pan. Bake for 35 minutes while preparing a sauce of sugar, butter and heavy cream.

In his role as Wolverine of the X-Men, Hugh Jackman is the best there is at what he does. He has revealed on Instagram that sometimes what he does in his off time is cheat on his action hero diet by enjoying doughnuts injected with chocolate filling. Half Baked Harvest offered some ideas for making your own star-quality filling featuring Irish cream.

Pour heavy whipping cream into the bowl of a stand mixer and beat with the whisk attachment at medium-high speed. When the cream begins to set, gradually add powdered sugar, cocoa powder and two tablespoons of Irish cream. Beat at high speed until there are stiff peaks.