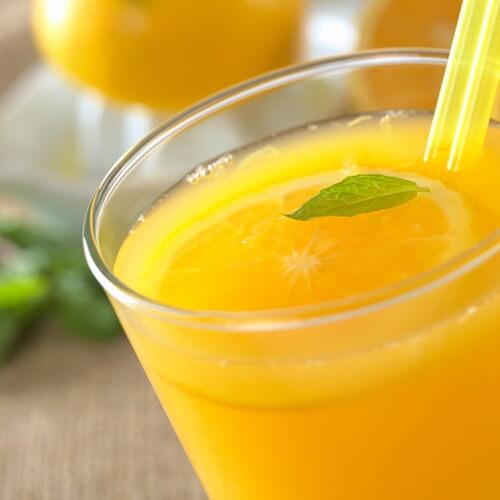 Orange juice is on its way out of breakfast domination

According to the Florida Department of Citrus, orange juice sales have been decreasing steadily in recent years, and the 2012-2013 season marked 15-year low. In fact, Americans purchased about 563 million gallons in that time, a number that hasn't been seen since the 1998-1999 season. Many people have been wondering what that will mean for the once-popular beverage and for the average American breakfast.

A healthy, balanced breakfast
Whether you've taken online culinary courses or not, you've encountered ads and promotions featuring the ideal healthy morning meal. For example, your image of a balanced breakfast may include eggs, toast and a glass of orange juice. It's no mistake that you've pictured this kind of meal. According to The Atlantic, marketing and advertising campaigns that began nearly a century ago still impact the way Americans view juice. A man named Elmer McCollum became a health food icon in the 1920s (sort of the way Doctor Oz is viewed today). McCollum promoted the benefits of vitamins and showed what a deficiency could do to a person.

In his book "Fear of Food: A History of Why We Worry about What We Eat," Harvey Levenstein asserts that McCollum used grotesque photos of scurvy-ridden rats with patchy hair and other afflictions to share the importance of vitamins. His campaign was effective, and Americans began to fear not having enough vitamins in their diet. Fortunately, there was a solution – McCollum suggested eating lettuce and citrus.

Juice companies and fruit growers leapt at the opportunity to sell their products. The National Fruit Growers Exchange campaigned to make orange juice a healthy part of a balanced breakfast, according to The Atlantic. The popularity of the juice only increased from there.

OJ on the decline
After decades of believing orange juice to be the best way to get some vitamin C, you may wonder why it's now losing profits. According to the Wall Street Journal, plant diseases and new health drinks are to blame. Citrus greening is a disease that causes the fruit to drop from the tree before it's ripe. Farmers lose a lot of product thanks to this, causing the price of orange juice to increase.

Furthermore, buyers have more juice options to choose from. Acai and pomegranate juice have both become popular for their high concentration of antioxidants and because of their label as "super foods." Why reach for vitamin C when you can get the same vitamins plus additional benefits?

Analysts have not commented on what this means for the future of the OJ industry. But one thing is for certain: A new marketing strategy is necessary to make the once-dominant beverage a breakfast king again.