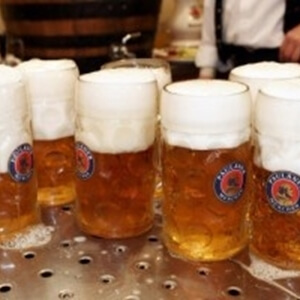 One of the many benefits of enrolling in culinary school online is that you can learn how to cook in various locales around the world. However, one thing that may change the way chefs in different countries approach a meal may correlate with the drinking habits of those in the area. According to Retale, beer is the world’s most widely consumed alcoholic beverage, and in honor of Oktoberfest the shopping app provider has listed the world’s top 50 beer-consuming countries by liters consumed per capita. While you may expect Germany or Belgium to top this list, it’s another European nation that drinks more beer than the rest of the world.

Czech Republic drinks more beer than any other country
The Czech Republic boasts 148.6 liters of beer consumed per capita, meaning the average person living in this country drinks 40 more liters annually than people who live in second place Austria. Germany, Estonia and Poland rounded out the top five, respectively. The U.S. ranked No. 14 on the 50 country list, with 77.1 liters per capita. Sri Lanka and India ranked 49th and 50th on the list, each consuming an average of 2 liters per capita each year. Hence, the average Czech drinker guzzles down nearly 75 times the amount of suds as the average drinker in India. By volume, the U.S. falls right in the middle of the spectrum; however, the nation’s ranking highlights the growth of the craft beer industry.

Retale also took the opportunity to showcase a local beer from each country to accompany the ranking – in the case of the U.S., Budweiser. Pilsner Urquell is listed as the recommendation for No. 1 Czech Republic and Kingfisher is listed for No. 50, India.

U.S. craft beer worldwide
The high ranking of the U.S. is no surprise as craft brewing continues to be a growing industry and American beers begin to find a place internationally. Some of the largest American craft breweries are even hoping to open headquarters internationally, such as Stone Brewing Co. is looking  to do in Germany. The company scouted out numerous European locales before opting for a spot in Berlin, which will make the San Diego-based brewer an international entity.

The growing presence of domestic craft breweries certainly has much to do with the United States’ average consumption. Microbreweries and nanobreweries have become community staples across the country, and as Americans become more invested in going local, the beer industry could potentially expand.