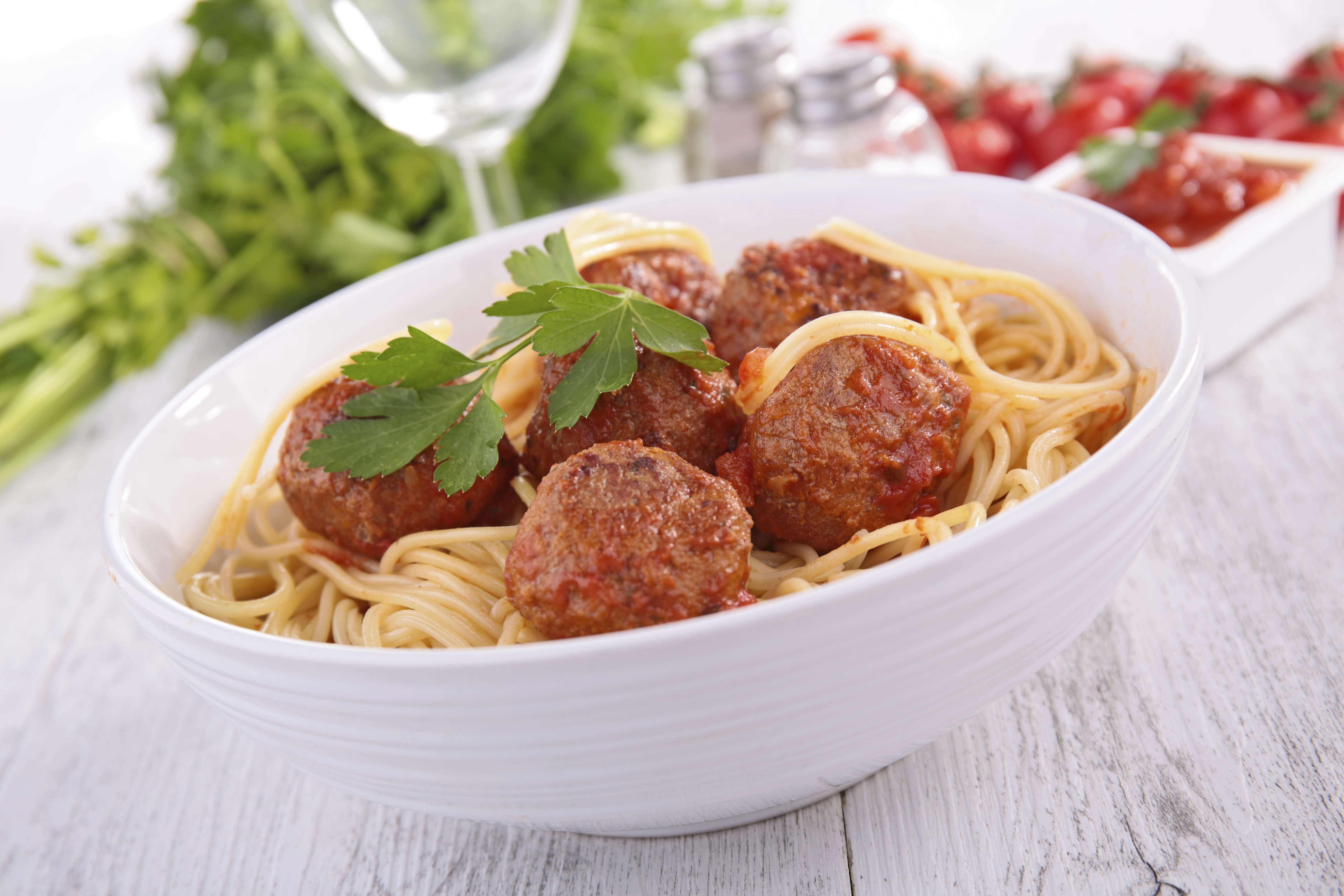 A History Of Spaghetti And Meatballs

Most people have enjoyed a heaping plate of spaghetti and meatballs at some point during their life, and many can’t help but come back for more again and again.

This comforting pasta dish may seem quintessentially Italian, but it did not get its start in Italy. In fact, many restaurants in Italy today don’t even serve spaghetti and meatballs.

So where did this popular meal come from, and who should be credited with its creation? Let’s find out more about the history of spaghetti and meatballs.

The star of this pasta dish are the tender and flavorful meatballs. Meatballs can be found in, but are not exclusive to, Italian cuisine. In fact, a lot of countries and cultures have their own version of meatballs. For example, Sweden has köttbullar, China has lion’s head, and Greece has keftedes.

Many sources say the first meatball was made in ancient Persia, but this is debated by food scholars. Nevertheless, these meatballs, called kofta, caught on and inspired new recipes as the Persians traded with neighboring countries and exchanged goods and knowledge. Meatballs were probably introduced to regions throughout the Middle East before making their way to Italy centuries ago. In Italy, meatballs are most often a stand-alone dish. Called polpettes, Italian meatballs are often served sauceless and are much smaller than the meatballs you’re probably used to.

Traditional Italian meatballs typically contain equal portions of meat and soaked bread, and other additions such as egg and vegetables. They may be made with beef, lamb, turkey, or even fish, depending on what meat is available. Regions of Italy use their local ingredients, and polpettes can look very different from one region to another.

If you want to explore new meatball preparations at home, you can take an online cooking class through Auguste Escoffier School of Culinary Arts Home Gourmet, in partnership with America’s Test Kitchen, to learn how to make Meatballs Around the World or Italian-Style Turkey Meatballs.

Bringing Spaghetti and Meatballs to America

Italian American cuisine is responsible for creating the spaghetti and meatball preparation we all know and love today.

Italian immigrants brought the concept of meatballs with them to America, but adapted this recipe to meet their budgets. This dish was probably invented by Italians that came to America between 1880 and 1920, when millions of Italians left Italy in search of freedom and land.

They desired diets rich in meat, after discovering that meat in America was relatively inexpensive. They made meatballs using affordable ground beef and indulged in larger portion sizes than they had had back home.

To bulk up their meals further, they added a generous helping of pasta topped with a sauce made of canned tomatoes. These ingredients, canned tomatoes and dried pasta, were cheap to purchase and easy to cook with. The dish we call spaghetti and meatballs was born of a combination of inventiveness and resourcefulness!

Today, people in America still love spaghetti. According to a news release by the International Pasta Organization on pasta trends in 2019, the average American eats almost 20 pounds of pasta every year, with long noodles like spaghetti being the preferred pasta shape. Variations of This Classic Dish

Though spaghetti and meatballs is a simple dish, different riffs on it can be found throughout the U.S. Many of these differences can be attributed to which region of Italy immigrants came from.

Italian immigrants came to America from Abruzzi, Sicily, Calabria, and many other regions, bringing with them the Italian recipes they knew. Meatballs prepared by Abruzzese Italian Americans, for example, would be more likely to contain lamb, as this ingredient is an important part of Abruzzo cuisine. Meatballs prepared by immigrants from Sicily may contain pine nuts, which are native to the region.

The dish served in Italy that most closely resembles spaghetti and meatballs is probably beef ragù, two classic versions of which originated in Naples and Bologna. Ragù Napoletano and Bolognese Ragù have been served in Italy since the Renaissance of the 14th and 15th centuries.

This is a tomato-based sauce served over pasta, usually containing meat, spices and vegetables, red wine, and aged Italian cheese such as Parmigiano-Reggiano or Pecorino Romano. The sauce is simmered for anywhere from an hour to eight hours, to allow the meat to soften and deep flavors to develop. The meat used, usually a combination of beef or veal and pork, may be ground or cut into large chunks and shredded. Often, a long noodle wider than spaghetti, like pappardelle, is chosen for this dish. You can learn about the cultural significance of your favorite dishes and how to prepare them in our online cooking classes.

Or pursue your passion for the culinary arts with a culinary degree or diploma from Auguste Escoffier School of Culinary Arts.

This article was originally published on December 10, 2013, and has been updated.