Online Culinary grad and current Baking and Pastry student Patti Cook recently launched an app, New Cooks Glossary. It’s available for both Apple and Droid. The New Cooks Glossary App is easy to use and fully searchable. It contains over 500 ingredient definitions as well as substitutions for the ingredients and where you find them at the store. There are also over 100 cooking methods explained. 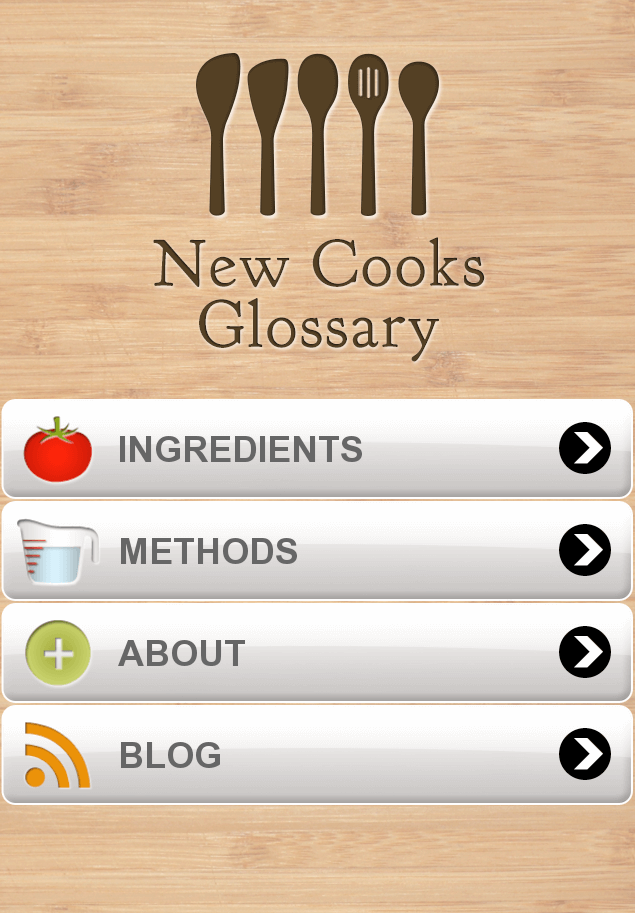 What inspired you to write an app?

I’ve always been a foodie and involved in the food profession. My longtime friend Jill Windwer has loved my cooking since college. She’s never been much of a cook herself. When she started later in her life to regularly cook both because of dietary restrictions and a desire to eat healthier, she often got really frustrated by trying to follow recipes she didn’t understand. She likes to say that she feels she “missed the memo” because so many cookbooks use ingredients and cooking methods she has never heard of. She starting asking around and realized she wasn’t alone.  She called me one day and said she had this great idea to create an app designed for all those who missed the memo. We decided we really wanted to help new cooks understand basic ideas so they could be successful in creating great food in their own kitchens. At the time, I was also in the online culinary program so it seemed a particularly great fit. Jill is a whiz in the digital world and, with my cooking expertise – a perfect partnership was formed. Developing the app has been a long haul and lots of hard work, with challenges, and it’s so exciting that it’s complete.

Is your market primarily people who are new to cooking?

Yes, but the ingredient and cooking definitions are pretty extensive, so it can help the seasoned cook too. People from other countries are also buying the app; this was a surprise, but it makes total sense that people from other countries would find it useful in understanding American ingredients. We’re learning along the way that our market is likely larger than we initially thought.

What do you hope people will gain from the app?

We want to support new cooks so they can make healthy food in their own kitchens. The app is a really understandable dictionary of hundreds of ingredients and cooking methods. Our vision is that people can use the app both to guide them while they’re making recipes and while they’re shopping. We also have a supporting website, https://www.wordstocookby.com, that has easy recipes, helpful hints and links to useful resources, such as cookbooks and products we like.

Any advice you’d give someone who wanted to write a food app?

Foremost, figure out what your purpose is. You have to know what you’re trying to offer the world before you set out to create an app. Next, I’d say that successfully creating an app requires that someone understands the technical side and someone knows the content. It’s important to have both perspectives to ultimately go from an idea to an actual app on someone’s phone. Like most things that matter in life, it also requires lots of passion, perseverance, patience and hard work.