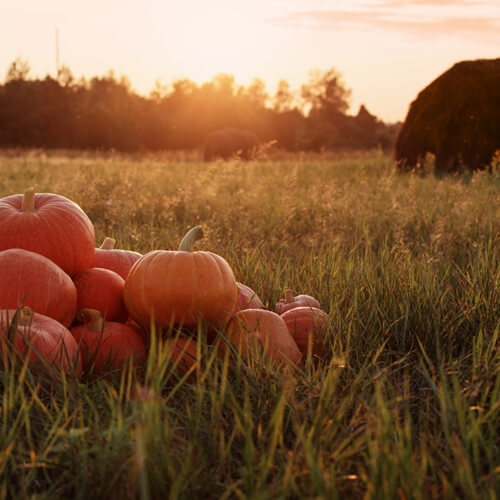 There’s no denying that there’s nothing like a nice, warm pumpkin dessert in the fall. However, people enrolled in culinary arts programs likely already have a go-to recipe for classics like pumpkin pie and pumpkin rolls. While they’re delicious and you should certainly have them in your dessert arsenal, these recipes are far from the only possibilities when it comes to baking with pumpkin. Here are a few ways to use that seasonal squash in ways that are anything but #basic:

Ice cream pie
Think about it – you put whipped cream on top your your same old pumpkin pie each year. Why not mix it up by combining a summer and fall favorite into one delectable pie? However, we’re not judging if you decide to put whipped cream on this one too. With this pumpkin ice cream pie from Averie Cooks, everyone at Thanksgiving dinner will be excited about the new addition to the lineup. If you’re feeling ambitious, you can make your own graham cracker crust, but you can also use a store-bought one, especially if you’re on a time crunch and have a turkey to get into the oven too!

Pumpkin brittle
Rather than the rich, savory pumpkin flesh, this recipe for pumpkin brittle from Country Living uses the seeds, so make sure you don’t toss them when you carve your jack-o’-lanterns this Halloween! This simple recipe only uses four ingredients – the seeds, salt, cinnamon and sugar. Simply remove the seeds from their shells and set them aside. Boil the rest of the ingredients and stir in the seeds before pouring the mixture onto a cooking sheet lined with parchment paper. After a couple of hours, break it apart and enjoy the candied goodness.

Pumpkin crunch
If you can’t fathom choosing between pumpkin and pecan pies, put them together in this pumpkin crunch recipe from the Food Network. Made with pecans, bourbon and all of the autumnal spices, like nutmeg, cinnamon and ginger, it’ll be the perfect dessert to pair with a warm cup of coffee on a cold October evening. If pecans aren’t your thing, consider using walnuts or hazelnuts instead, or even mixing multiple types of nuts together for the topping.