Naan, the flatbread of the moment

Flatbreads are fantastically versatile, tasting just as delicious dipped into soup as the are stuffed with vegetables and cheese or acting as the crust of a unique pizza. Today’s pastry students will learn how to make many different styles of this dish, including the flatbread of the moment: naan.

Naan is an Indian flatbread, unique because it’s simultaneously fluffy, airy and chewy. It’s perfect for sopping up the sauce from your chicken tikka masala or dipped into a delicious roasted garlic hummus. Traditionally, it’s made in a clay oven called a tandoor, but your cast-iron skillet will work just fine, The Kitchn explained.

How to make homemade naan

To begin, activate your yeast in a bowl of warm water with sugar. Let the yeast begin to bloom for about five minutes. It should be foamy before you move onto the next step. If, after five minutes, your yeast hasn’t budged, start over. Your water might be too warm or your yeast too old.

Next, combine flour and salt, then add the yeast mixture and whole-milk plain yogurt to the mixture. Some recipes, like Genius Kitchen’s, leave out the yogurt; this is fine, but the yogurt gives more body to the bread, making it fluffy. 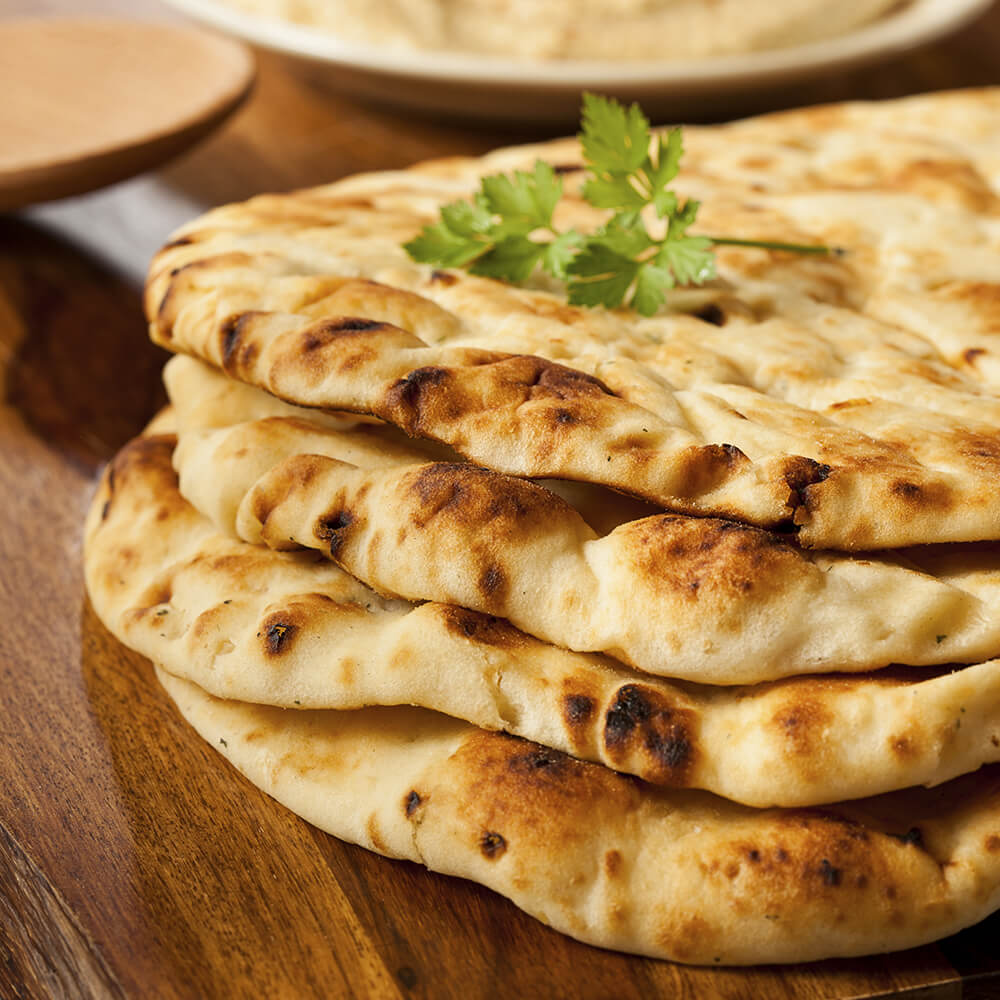 Naan is often served alongside entrees in Indian cuisine.

Transfer the dough to an oiled bowl and cover with a bread towel. Let rise for about a half hour to an hour, or until doubled in size. Then, turn the dough onto a floured surface and shape into a disk, patting down to make it flat. Cut into eight pie pieces.Knead the dough about 20 times or put in a stand mixer with a dough hook for about 10 minutes. Either way, the result should be a smooth dough formed into a tight ball.

Heat your cast-iron skillet, griddle or grill – these all make good substitutes for the tandoor. Work with one or two pieces of dough at a time. Roll each out to about a quarter-inch thickness and shape into rounds. It’s OK if they’re irregular, as long as they have about the same thickness throughout.

Cook each piece of naan for one or two minutes on each side. The result should be a thoroughly cooked through piece of bread with splotches of golden to dark brown charring on each side.

What to do with naan

Freshly baked naan tastes delicious brushed with melted butter, topped with parsley and served alongside a curry dish. There are endless possibilities for how you can utilize this flatbread, though.

Dinner is a cinch when you have ready-made pizza crust at your disposal, The Kitchn pointed out. Spoon some herbed tomato sauce over the center of your naan and spread evenly. Add your favorite pizza toppings, like mushrooms, onions and peppers, then top with mozzarella. Bake at 450 degrees Fahrenheit until the cheese is melted.

In the same way naan can be used as a pizza crust, it can also be used for the crust of a dessert pastry, Lil’ Luna demonstrated. Top your naan with sliced bananas, strawberries and almonds. Drizzle warm Nutella over the top, dust with some powdered sugar and serve.

Turn your naan into a wrap by piling on spinach or romaine lettuce, chopped chicken or roasted veggies and topping with tzatziki sauce or cheese. Roll your naan up into a wrap and enjoy!

No matter the type of bread you’re working with, you can almost guarantee it tastes delicious as a French toast. Mix up eggs, milk, vanilla, cinnamon and honey or sugar. Cut your naan pieces in half, and dip each one into your egg mixture. Be sure the liquid soaks into both sides. Fry them in your cast-iron skillet and top with yogurt, honey, berries or jam.