As if there wasn’t already a surplus of sweets during the holiday season, peppermint bark is something that we just can’t leave off of the dessert table at our family gatherings. While this sweet treat has a short list of ingredients, a lot goes into making sure the chocolate looks festive. However, it’s simple enough for someone who hasn’t attended culinary academy to make, too! Here are some tips to mastering your first peppermint bark endeavor:

“You have to move quickly when making peppermint bark.”

Arranging the chocolates
The peppermint bark should be made in a cookie sheet or baking dish with raised edges. Line the sheet and the edges with parchment paper so he bark is easy to remove. In the meantime, break up peppermint candies to sprinkle on top and have all of your other dressings, like colored sprinkles or sugar, ready as well. Once the chocolate has been tempered, you have to move quickly so it doesn’t harden before you’re finished. You want to have everything prepared. 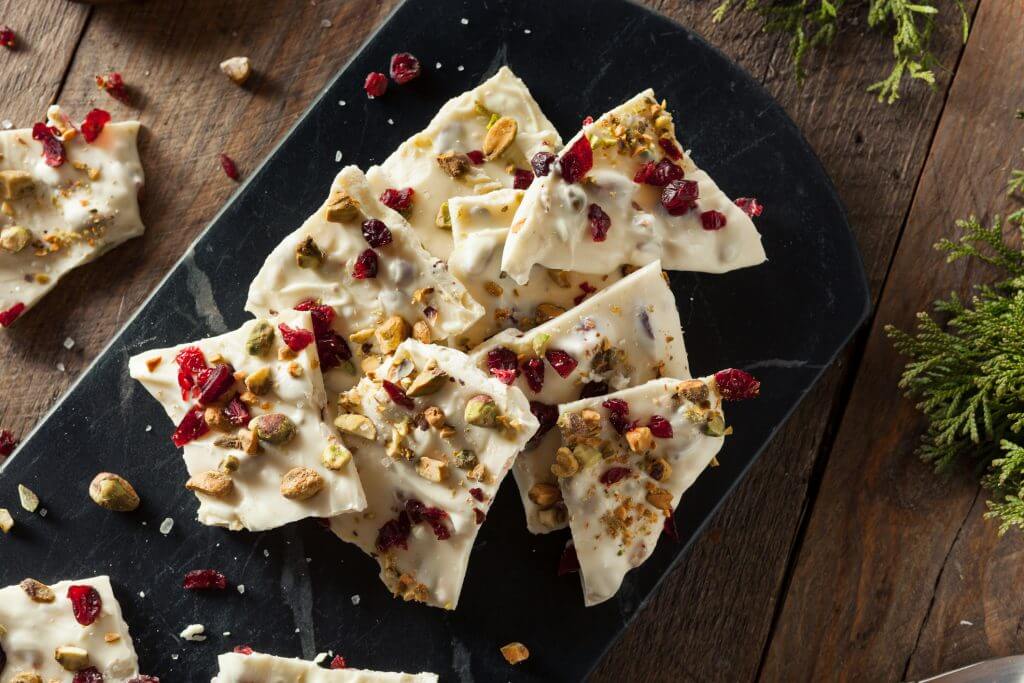 The chocolates
While you can make peppermint bark with a single variety of chocolate, it looks best when it’s made with dark or milk chocolate in addition to white chocolate. Some people enjoy the look of the white chocolate, while others use food coloring to dye it red. The first thing you do, though, is temper it. This allows the chocolate to be solid at room temperature and the two chocolate layers to stick together. The Kitchn laid out simple directions for this process:

Do this with the next layer of chocolate as well. You can add peppermint oil to one or both of the layers of melted chocolate too.

Assembling the bark
The first layer of melted chocolate should be poured into the baking sheet once it’s been tempered. It’ll cool off quite a bit while you melt the second layer. When the white chocolate melts, pour that on top, and sprinkle on all of your peppermint candies. Set the candy in the refrigerator until it’s hard. Once the chocolate has hardened, you get to smash it and package it up!