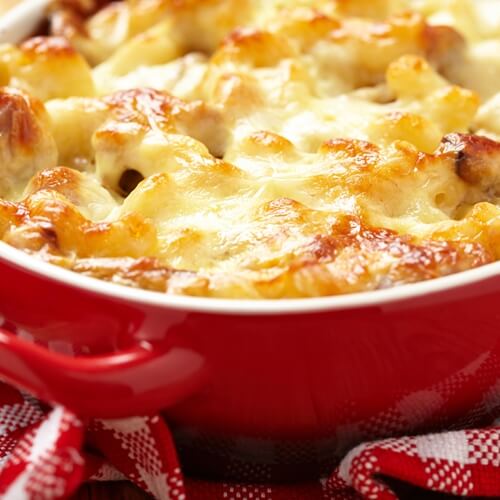 How To Cook Healthy Comfort Foods

Comfort foods refer to those dishes that instill a sense of warmth and familiarity. While that can apply to almost any meal depending on the person, it traditionally includes items like fried chicken, macaroni and cheese, hot dogs, mashed potatoes, meatloaf, casseroles and chili. Still, there are downsides to these edible emotional boosts. According to the Consumerist, while these dishes can help alleviate loneliness, they’re often high in calories and sodium. Luckily, there’s no need to turn away from your favorite pick-me-ups, as they can instead be cooked with a much healthier set of ingredients.

Pot pie
With its flaky crust and creamy chicken-and-vegetable medley, pot pies are an especially comforting food. To make these pies a much healthier option, Good Housekeeping suggested a new approach to both the chicken and the crust. For your poultry, try cooking it with thyme, which as HealthLine notes, can lower blood pressure and bolster your immune system. Meanwhile, the crust should be made with phyllo dough, which is not only easier and faster to cook with, but contains almost no fat.

Mac and cheese
Mac and cheese may be the centerpiece of many cookouts and barbecues, but it’s especially high in sodium, according to FitDay.com. Luckily, there are a few different options to help reduce those levels. Cooking Ala Mel suggested using Greek yogurt and spinach. The former contains probiotics, which the digestive process, while the latter is chock-full of vitamins. Bakeaholic Mama touted a recipe that features quinoa, which contains loads of energizing protein and other nutrients. Two Peas and Their Pod.com recommended an avocado mac and cheese, which is not only extra creamy but also contains folate, vitamin K and several antioxidants.

Fried chicken
Out f all the comfort foods, fried chicken can be the most damaging to your health. As the Livestrong Foundation noted, fried food in general can significantly increase your risk of heart disease and diabetes. The way to make it healthier, then, is rethink the fried chicken recipe entirely. For one, pick a better cut of meat – the breast is among the leanest part of the chicken. Then, make use of corn flakes as the coating, which contains less fat than most other fried food coatings.Finally, avoid the deep fryer entirely by cooking the chicken on the stovetop with olive oil, which can result in a much crispier piece of chicken overall.

Mashed potatoes
Contrary t fried chicken, mashed potatoes are an inherently healthy dish. According to the San Francisco Chronicle, this dinnertime staple is full of nutrients like potassium, vitamin B6, and protein. B6 specifically can bolster your immune system. Still, there is some room for improvement. Instead of the normal fatty milk, try soy or skim milk instead. And rather than mix in butter or margarine, try Greek yogurt or cottage cheese. The latter contains zero fat and adds to the potatoes’ protein content.

Experiment with even more healthy comfort food recipes when you enroll in a culinary academy.