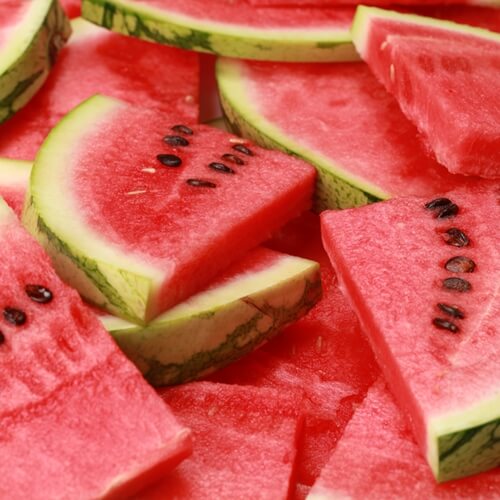 How To Properly Chop Fruit

In the popular video game “Fruit Ninja,” players use a samurai sword to slice and dice produce as a means of testing their overall speed and precision. However, anyone who has chopped actual fruit knows that fruit chopping can be a far more time-consuming and messier endeavor. Thankfully, that doesn’t always have to be the case, as there are certain techniques for dicing fruit in no time, although you might want to leave any edged weapons out of the kitchen.

Watermelon
According to People magazine, folks often tackle watermelons by slicing them into larger wedges. However, these can be harder to grip, increasing the likelihood of dropped or spilled melon. Luckily, there is a better method that can save time on both cutting and cleanup. First, cut the watermelon in half. From there, carve each half into stripes – leave an inch between incisions – before turning the melon around and slicing stripes once again. This will result in evenly-sized pieces that are much easier to hold. It also makes a nice and somewhat artsy centerpiece for a cookout.

Apples
There’s no right or wrong way to chop an apple, but as The Kitchn pointed out, there is one especially efficient method. To begin, cut the apple in half and then again into quarters, leaving you with four separate chunks of apple. Next comes the slightly trickier part: removing the core. Your best bet is to use a paring knife and slice diagonally inside each of the apple quarters. You might lose more of the apple’s flesh than with similar methods, but this approach is much faster. Finally, cut each of the quarters into thirds, which can be eaten individually or used as pie filler.

Cantaloupe
Though it’s another of the bulkier melons, cantaloupe doesn’t have to be difficult to handle, according to Melanie Cooks. Begin by cutting the melon in half. Then, using a spoon, remove the seeds from the two halves. You’ll want a spoon with added weight and durability, as the seeds can be packed in tightly. Next, you’ll need to render cantaloupe into quarters. Once that’s done, it’s time to separate the rind from the fruit itself, which you can do simply by trimming from left to right. Finally, chop the quarters into whatever size chunks you might prefer.

Mangoes
According to celebrity chef Alton Brown, there are basically two ways to handle a mango: 1. cut off the sides and then slice into a grid or 2. peel first, slice later. When he’s in the kitchen, though, Brown opts to combine both options. First, he peels the mango except for one spot on either side. These he uses as a grip to hold the mango and slice around the pit itself. Not only does this reduce the amount of flesh that’s lost, but it minimizes the risk of accidentally cutting yourself. As a reminder, don’t forget to remove the last bit of skin before dicing the fruit.

Practice your own fruit chopping skills by enrolling in culinary arts programs.