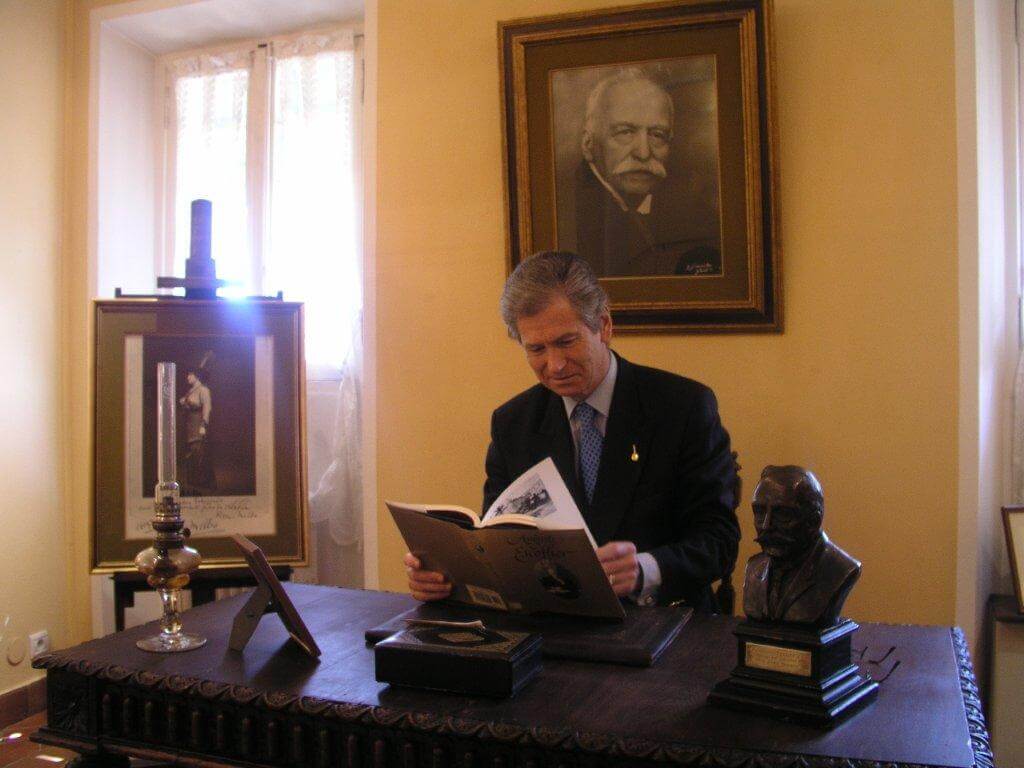 A Message From Michel Escoffier on Auguste Escoffier’s 170th Birthday

Auguste Escoffier was born on 28th October 1846 in Villeneuve-Loubet, a small village near Nice, on the Côte d’Azur. On this same day, 170 years later, we are celebrating this outstanding man who devoted his life to modernize cooking and give the profession the rank and status it has today.

Auguste started his training at the age of 13 and retired at 74. He then continued to write and travel, to visit exhibitions and participate in the opening of new hotels, like the Pierre Hotel in N.Y. in 1930.

With his friend and partner Cesar Ritz, he developed the luxury hospitality industry as we know it. He established behavioral and organizational standards in the kitchen still very much in use today. He was mostly proud of having trained over 2000 chefs who then promoted French cuisine around the world.

A visionary, he wrote over a 100 years ago: “Cooking, like fashion, must evolve with time and take into account the changes in peoples’ lives”. “Whilst remaining an art, cooking will become more scientific, we will simplify it and enhance the nutritive and taste values of dishes”. “What will not change are the basic principles of cooking”.

But foremost, he was a man of heart, a great humanitarian, always concerned with poverty and hunger. As such, as early as 1890 at the Savoy in London, he arranged with the “Little Sisters of the Poor” to provide them every morning with unserved food from the day before. This continued until he retired in 1920. In 1910, he wrote a “Project for the extinction of pauperism” and in 1912 created the first fundraising dinners to support charitable causes, and particularly retired chefs in need.

He became the first chef in history to be awarded the Legion of Honor, from the President of France, in London in 1919, Today, his legacy lives on through the Escoffier Foundation and Museum of Culinary Art in his birthplace, the thousands of Disciples, chefs and teachers around the world, two great schools in Austin and Boulder and now even an online program!

It would make him very proud to see his teachings followed by so many dedicated, hard-working and passionate students.

So this Friday in Monaco, the Escoffier foundation organized a conference on “Cooking and Health in the 21st Century”, followed by an Epicure Dinner at the Fairmont Hotel, performed by 7 outstanding chefs. There will be over 400 guests! The event is under the high patronage of Prince Albert ll of Monaco and the fundraising is in favor of his foundation for sustainability. We invite you to celebrate as well, with us, from across the world: