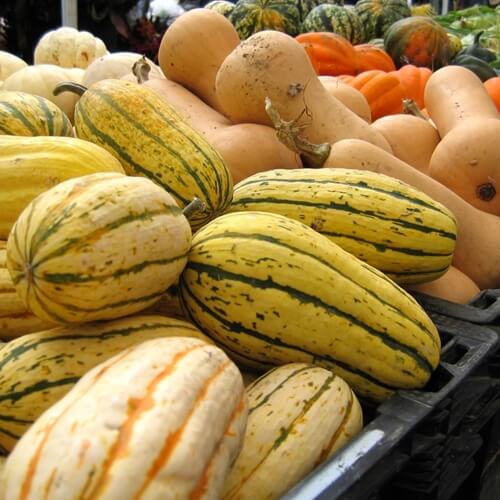 There are a number of foods already associated with the fall season. That list includes pumpkins, certain varieties of apples, fennel, pears and, given the proximity of Halloween celebrations, near-endless candy. Perhaps another such food that is just as closely associated with autumn are the various kinds of squash. From acorn to spaghetti, butternut to calabaza, squash is noted for both its general versatility and how well it carries and absorbs other flavors or ingredients. If you’re looking to celebrate the falling of the leaves by preparing the right meal, here are some tips for cooking up squash:

Storing squash
All squash effectively fall into one of two categories: the ones harvested in summer and the rest in the autumn and winter. Those squashes that are harvested during colder temperatures generally have more dense, heavy outer skins or rinds, which often require greater effort to cut them in half. However, those thicker rinds also extend the lifespan of the squash itself, so long as the item is stored in a cold, dark part of the refrigerator. However, most winter squash are ethylene-sensitive, meaning that the chemicals produced by bananas, tomatoes and pears can cause the squash to ripen prematurely. It’s also a good idea when storing squash to leave the woody stem attached, as this helps control moisture and internal temperature.

The taste of squash
Some people might think that the only think that separates most varieties of squash are their physical appearance. However, as The Cook’s Thesaurus noted, squash all have different tastes and even consistencies. Some of those include:

Cutting and peeling squash
When it comes to chopping up your chosen squash, it’s better to take a more strategic approach as opposed to hacking right away. For instance, unless you’re making a puree or a soup, try to preserve as much of the skin as possible, as that’s where a lot of the flavor actually comes from, according to The Kitchn. To begin, remove the ends of your given squash with a large kitchen knife. Be careful to just slice off the ends only, as you want to try and leave the remaining squash whole. From there, you’ll need a standard kitchen peeler to remove the actual skin; always remember to go across the length of the actual squash. Next, you need to cut both the neck and the body of the squash. To remove the neck, just cut right before the squash’s body begins to curve. Meanwhile, for the body, cut it again lengthwise, and then use a spoon to remove the seeds and other stringy tendons inside.