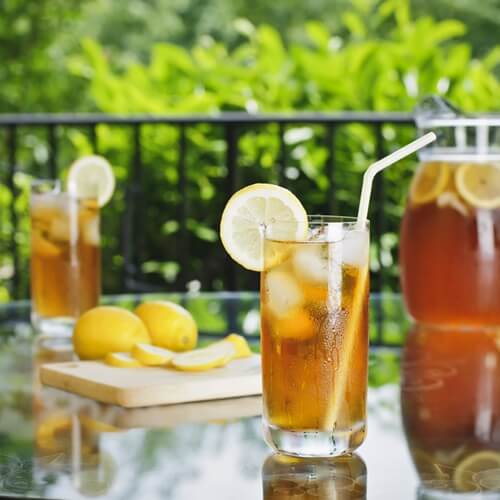 Not only is it a popular homemade beverage, but sun tea also has loads of health benefits. Tea is chock full of antioxidants and flavonoids, which can help decrease your risk of heart attack and diabetes. Plus, sun tea is a breeze to prepare; in fact, the sun does much of the work for you. If you’re interested in whipping up your own batch, there are several considerations involved. However, if you follow this introductory guide, you’ll be having tea time in short order.

The type of tea
In most sun tea recipes, there are three distinct varieties of tea used. More than just the size of the tea leaves, each option has its own unique flavor. The three teas are:

No matter what tea you end up choosing, it’s important to maintain the right ratio. The sweet spot, as it were, is 6 ounces of tea for every cup of water.

Choose your container
Just as important as the tea you use is the container it’s actually made in. Generally speaking, there are a few different options, including glass, plastic and what’s called a black jar. Glass is the most widely used container, as it allows for sunlight to begin the oxygenation process that eventually brews the tea. Plastic, meanwhile, is less popular for a few different reasons. Not only does the tea not brew as effectively, but the plastic can also have an effect on the final taste. Finally, black jars are those that don’t allow sunlight into the jar. Instead, this method relies solely on heat in order to brew the tea. Using heat is often a lot faster of a method, but if the temperature isn’t right, then the tea may not brew as effectively.

Bring on the sunlight
Making sun tea isn’t just about plopping some tea down in your garden and leaving it alone. Rather, you have to understand how the outside temperature and prolonged exposure can impact quality and flavor. The perfect window for brewing tea is between three and five hours. Not enough time and the oxygenation process doesn’t fully complete. Too much time, though, and the tea can be “overcooked,” giving it a slightly burnt aftertaste. It’s also worth noting that different brands have different cook times, and you might need to experiment before you find that perfect amount of time. Finally, always place your tea into a direct sunbeam. This will ensure that the entire pot of tea is brewed all the way through.

Gain even more experience with sun tea when you enroll in culinary academy.