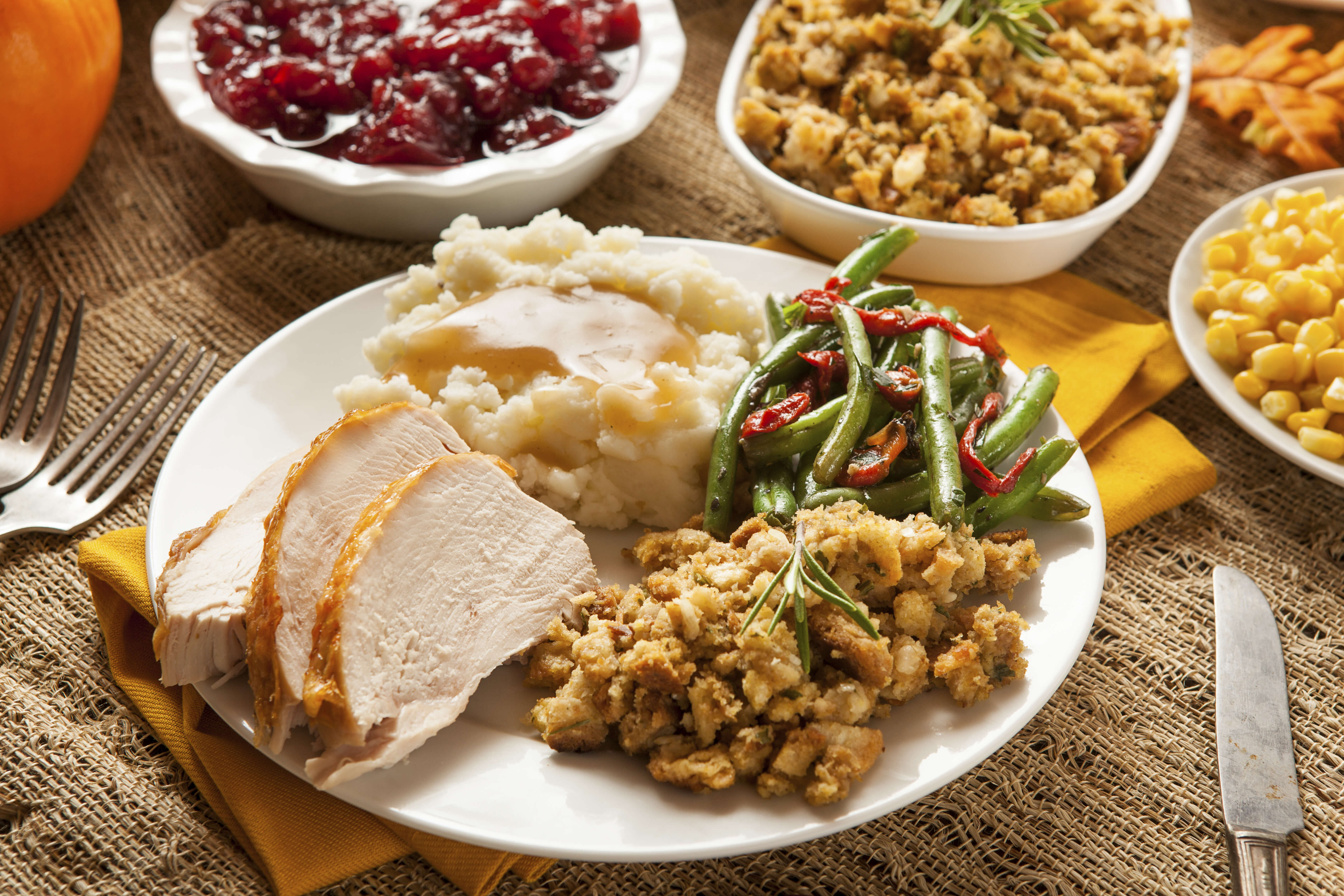 The Only 5 Dishes You Need On Your Thanksgiving Table

If you’re like us and you have a tendency to get lost in the world of Pinterest, it can be easy to become overwhelmed with all of the different dishes and variations of dishes out there. When it comes to Thanksgiving dinner, no one is ever upset with the classics. Plus, when cooking for groups of people, no matter how large or small it may be, it’s always best to stick with what you know and what you’re good at. When handling many dishes at the same time, it’s easy to let things get a little out of hand and forget about those mini pumpkin pies you were so excited about.

Trust us, these five Thanksgiving dishes will always be crowd pleasers. When all else fails, just cover everything in gobs of gravy and call it a day.

Turkey
It goes without saying, Thanksgiving just isn’t really Thanksgiving without a big ol’ turkey in the center of the table. But the perfect turkey doesn’t exactly happen by chance. Whether you’re roasting, brining or frying, it’s important to remember one thing and one thing only: keep that turkey moist. We’ll share a couple of our online culinary school tricks that will let you do just that. Stick one or two sticks of butter in the cavity of the turkey. We don’t know why it works, but we aren’t questioning it. Another weird yet somehow great way to keep turkey nice and juicy is to stuff a handful of ice cubes in the cavity of the turkey. Yes, it’s really strange and yes the cubes will just melt but it works and we ain’t questioning that. And then there’s just letting the turkey rest before you dig into it. Just let it be. Trust us. Those fifteen extra minutes will make it well worth the wait.

Mashed Potatoes
One of the simplest dishes you can make but don’t let that take away from how amazing it is. Mashed potatoes are nothing to scoff out. These things are cozy and homey and pair perfectly with everything else on your plate. But they’re also not something to leave off until the last second. Good mashed potatoes may not require a bunch of fancy ingredients but they do take a little bit of love. To get super rich and creamy mashed potatoes, we recommend using heavy whipping cream in place of milk. Then, add a bit of butter, salt and pepper and go to town with a standing or hand mixer. There are no lumps in these mashed potatoes! Smother them in gravy and call it a good day.

Stuffing
We understand that not everyone is a stuffing person, but since Thanksgiving is really the only day of the year that most eat it, it has to be on the Thanksgiving table. But don’t even think about touching the boxed stuff. There’s no need to do that. A simple, classic dressing is super easy and inexpensive and doesn’t really take that much time or effort to make. Butter, fresh herbs, chicken broth, bread cubes, eggs, onion and celery are the base ingredients that will make a delicious homemade stuffing that has the power to convince the most stubborn of stuffing haters.

Green Bean Casserole
The combination of french fried onions, canned green beans and Campbell’s cream of mushroom soup may seem like a strange combination or heaven on a plate, depending on how you look at it. To make a huge impact with this dish, go for broke and make it from scratch. Fresh green beans, a simple creamy mushroom sauce and French fried onions make for an easy recipe that definitely tastes better made with love. Plus, the actual dish doesn’t take long to throw together. Just rinse and cut the mushrooms, stem the green beans, throw it all in a pan and then throw it in the oven. As far as impactful Thanksgiving dishes go, green bean casserole can go along way with just a little bit of love!

Pumpkin Pie
You can’t have Thanksgiving without pumpkin pie. It just can’t be done. And for how easy it is to make, there’s really no excuse not to. Canned pumpkin, some spices and a frozen crust get thrown together for a pie that doesn’t need to be a show off—it’s simply delicious. If you feel like getting fancy, you can throw a big dollop of whipped cream and a sprinkle of nutmeg. Or you can just it as is. We don’t judge! After a large helping of the previous four foods, a little bit of sweetness is needed to round out and finish up a meal well done. Well, until you go back for seconds.