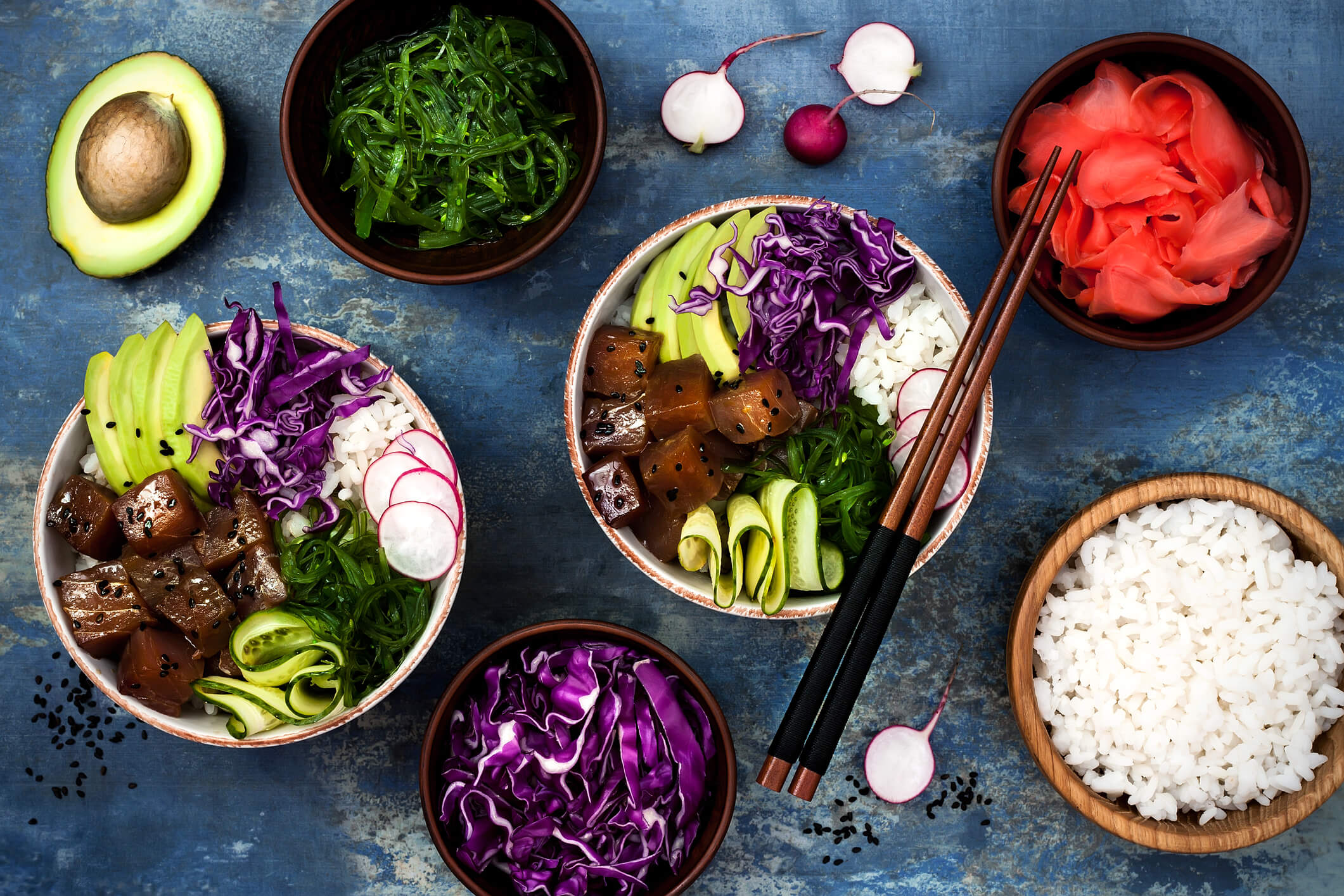 Hawaiian Cuisine You Need To Try

When you think of Hawaii, you probably think of a tourist haven, full of picturesque sunsets and flower leis. While these are certainly big parts of Hawaii, especially the mainland, these Polynesian islands offer up their own interesting culture, complete with one of the most exciting parts of any culture – the food. Culinary academy students tend to enjoy cooking ethnic foods, but not everyone has delved into the rich dishes that make up Hawaiian cuisine. Here are a few of Hawaii’s favorite dishes that all culinary students should try:

Kalua Pua’a
​Kalua pua’a at its simplest is roast pork. However, the whole pig is traditionally roasted over an open fire! While a culinary student probably doesn’t have the means for a traditional pig roast, you can mimic a classic dish by roasting a pork butt with sea salt and taro leaves, for flavor. Typically, a slow roasted pork will absorb these flavors enough that you won’t even have to top the meat with anything when you’re ready to eat it!

“Use sashimi-grade tuna for poke.”

Poke
Many people associate eating raw fish with sushi, but poke is its own dish altogether! To make poke, you need to get sashimi grade tuna to ensure the dish will be safe to eat. The Kitchn states that the traditional form of poke is marinated with sesame oil, soy sauce, onion, and a seasoning made with toasted kukui nuts and alaea. Alaea is a combination of Hawaiian sea salt and red volcanic clay. However, most people can’t get a hold of alaea outside of Hawaii, so it’s understandable if you just use pepper in its place.

Lau Lau
Lau lau can be made with a variety of meats, like butterfish, pork or beef. You can include more than one type, if you really want! The concept is very similar to a tamale. Polynesia.com says to make this simple dish by removing taro leaves from their stems and bundling the meat seasoned with sea salt in a few taro leaves, wrapped like a burrito. Make sure none of the meat is exposed. After you’ve sealed all of the meat into leaves with a rubber band or toothpick, place them in a steamer for about six hours. Once they’re ready to eat, remove the taro leaves and enjoy!