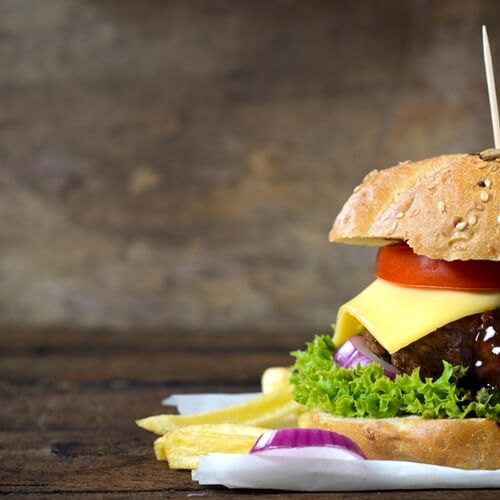 Grilled To Perfection: 3 Tips For Making The Perfect Burger

Just as swimming and sunshine are staples of summer, so too is the burger. Yet not all burgers are created equal: Whereas some can be the toast of a barbecue, others are better served as floatation devices for the pool. Crafting the perfect burger involves some pre planning, a little attention and a bit of inventiveness. Here’s some tips for a burger truly worth celebrating.

Selecting the choicest cuts
When it comes to choosing the meat for a burger, simplicity is often best. When celebrity chef Bobby Flay is in the kitchen, according to Bon Appétit, he chooses meat that has about 20 percent fat, which results in a patty that cooks more thoroughly. As for specific cuts, the San Francisco Chronicle suggests either short ribs or beef chuck roast, both of which are low in fat. Grilling gurus may also want to try turkey, a healthier option, or slightly costlier buffalo meat, which contains loads of omega-3 and omega-6 acids. Regardless of the meat, use just 6 ounces per petty and always make a well with a thumb or digit as to keep the meat from expanding.

The magic’s in the grilling
Once the patty’s assembled, it’s time to grill. As Fine Cooking notes, always be cautious regarding the temperature of both the meat and the grill. The patties should be chilled beforehand as to ensure structural consistency. As for the grill, be it gas or charcoal, it’s best to cook around 250 degrees Fahrenheit; that temperature is optimal for breaking down sugar and protein and activating flavor compounds. To test the temperature, hold a palm about 5 inches above the grate; it should take seven seconds before the heat becomes unbearable. Once the temperature is set, cook each side of the patty for no more than two minutes; if the fat content’s at 20 percent, it’s all they’ll need.

The bun can make or break a burger
Just as important as the meat is the type of bun. Kitchensurfing suggests something outside of the standard burger box, like a potato roll. That extra dash of sweetness marries well with condiments like mustard and pickles, plus the heavy burger is offset by the bun’s sponginess. Other bun options include an English muffin, with the grains quite complimentary to the patty, or a pretzel roll, which adds an earthy quality. No matter the bun, proper toasting is key: Most buns need about 30-45 seconds to be crispy and brown. Some chefs will even sprinkle herbs or olive oil onto the buns prior to grilling, notes Aggie’s Kitchen.

For more, take a course from a culinary academy to further bolster the burger-making skills.