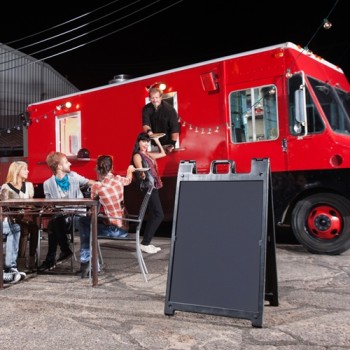 The newest indie comedy to come from Jon Favreau (of Swingers and Marvel superhero fame) is called Chef, and it features a storyline that may be all-too-familiar to those on the inside of the food industry. Online cooking school students will no doubt find a lot to love in the quirky film that follows a notorious chef as he quits his high-profile restaurant job in order to open up a food truck with his son. In the process, the chef, jaded from the elaborate and disingenuous stunts of his restaurant, rediscovers his love of food. The movie features a star-studded cast and has a lot to teach not only food industry folk, but everyone who has ever tried to make a career out of their passion.

A culinary allegory
The film uses food as a stand-in for any number of creative pursuits. The main character of this story, Carl Casper – played by Favreau himself – is not allowed to experiment in the kitchen of the prestigious L.A. restaurant for which he works. The lack of creative expression leads to a bland menu that is panned by a critic. The ensuing social media firestorm forces Casper to leave the restaurant. In order to continue to explore his creative side, Casper reunites with his estranged son to open a traveling food truck. The story will seem familiar to those who follow the goings-on of the food world. Restaurants continue to engage in high-profile social media snafus that leads to their establishment being, at the very least, embarrassed. In addition, the increasing popularity of food trucks as proving grounds for young chefs or experimental labs for established ones is reflected in the movie’s plot. The cast includes such high-wattage stars as Sophia Vergara, Dustin Hoffman, Scarlett Johansson and Robert Downey, Jr. The use of such big name celebrities doesn’t seem to hurt the film’s indie cred, but rather, brings the central conflict to the fore.

A lesson in passion
The majority of people who enter into the food profession are seeking to satisfy a desire to express themselves creatively. Food is a creative endeavor and, as such, it can often be stifled by corporate demands. In an attempt to turn a profit in an increasingly cutthroat industry, many chefs are forced to make sacrifices similar to Casper’s in the film. The takeaway from this movie, however, is to never let go of that passion that motivated you to enter into the industry in the first place.