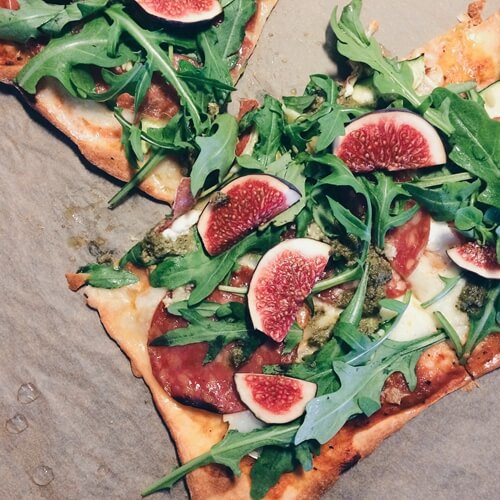 The Hype Behind Artisan Pizza

Artisan pizza has become such a big thing in the food world that it’s not even a trend anymore – it’s here to stay. This raises the question, though, what is it that makes a pie artisan? Does it need a fluffy crust that’s somehow still gluten-free? Sauce from organic, free-range tomatoes? The fact of the matter is, there are so many ways to create an artisan pizza and you can get as creative as you’d like! Here are a few aspects for culinary school students to keep in mind:

Change up the crust
The crust is the base of the pizza, so if you want to start experimenting, here’s where to start! While people who abide by a gluten-free diet have been onto the idea of making pizza crust with cauliflower, quinoa and broccoli for quite some time now, it’s starting to break into the mainstream. If that’s a little too far out for you, try using sourdough for a pizza with some tang or even pretzel bread.

“Brick ovens give your pizza a smoky flavor.”

It’s all in how you bake it
While a traditional pizza oven may make sense at the classic pizzeria down the block, that’s far from the only way to bake a pizza. Brick ovens are a very popular choice in the artisan pizza world. This style of baking tends to give your crust a nice char and a smoky flavor. Other methods to consider include using a pizza stone in a traditional oven, or even baking the pie on the grill. When it comes to creating a pizza that doesn’t abide by traditional standards, the sky is the limit.

Cheese, obviously
Is there anything sadder than a cheese-less pizza? Mozzarella has always been the go-to pizza topping, but the artisan pizza movement has gotten chefs to take a step out of their comfort zones. Whether this consists of simply adding a soft cheese like ricotta to the mix or nixing the mozzarella altogether, pizza connoisseurs are loving it. The only rule to abide by when mixing and matching cheeses for your pizza is to ensure you’re using a variety that melts well. Provolone and muenster are mild enough to not overpower your pizza, but if you’re looking for cheese that adds its own flavor, try Gruyere or Emm​ental.