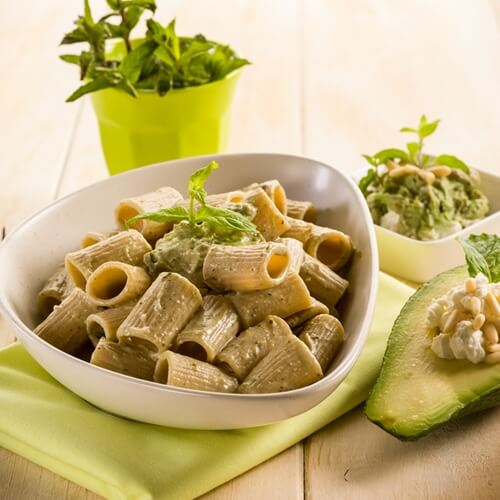 For decades American fast food empires have directly defied many conventions of the culinary academy, industriously creating unhealthy food at a speed and price point that was hard to pass up. However, it seems many of the nation's top chefs are finally fighting back. In the wake of the food truck revolution, culinary celebrities such as Locol's Roy Choi and Daniel Patterson, as well as Shake Shack's Danny Meyer have taken a stand against the traditional fast food model. Now, soon to be joining their ranks is St. Louis chef Gerard Craft, who plans to open Porano, fast-food Italian pasta concept.

Porano Pasta + Gelato
With a handful of successful eateries in St. Louis, Craft has made quite a name for himself in the Midwest. Between his restaurants Pastaria, Niche, Brasserie and Taste, its safe to say the renowned chef already has a lot on his plate. Like several other chefs before him, Craft is expanding into fast food to provide affordable, convenient food for the community that still maintains high standards of quality. According to the St. Louis Post-Dispatch, Porano takes its name from an Italian city north of Rome and will be open for lunch and dinner. Similar to chains such as Chipotle, Porano will rely on customizable meals, mostly with a pasta base. Gelato from Craft's Pastaria restaurant will also be available in single serving cups.

With high end ingredients such as homemade sauce, beef brisket, pork shoulder, organic pastas and tofu, as well as toppings like pickled chiles and anchovies, Craft is helping redefine the expectations of fast food. While many businesses have tried to alter this designation, Craft seems happy to call Porano exactly what it is.

In an interview with Food Republic, Craft explained, "Actually, it's funny, we debate about the terms. It's a big topic in that world, to call it 'fresh casual,' 'fast casual.' I think Danny Meyer had one that was like 'fine casual,' or something like that. I almost just want to keep calling it fast food, so that people understand that we're really talking about the same thing; we're just talking about making that thing better."

Along with fellow culinary trailblazers, Craft is making quality Italian food more accessible. While his enterprise is secluded to St. Louis for the time being, someday it could become a staple of the new landscape of fast food.