Crash Course in the Paleo Diet

We’re sure you’ve heard the name at one time or another in the last few years. The Paleolithic diet, better known as Paleo, is one of the leading diet trends hitting the 21st century. But this way of eating is far from modern. Also called the “caveman diet,” paleo bases its diet on the consumption of our ancestors, the hunter and gatherers. The theory behind its starts is that the introduction to processed foods, chemicals, too much sugar and refined grains is causing many of the ailments now plaguing modern society like heart disease, obesity and diabetes. But unlike the raw diet, which constitutes of solely uncooked vegetables, fruits and in some cases meat, paleo has no qualms with heating up the food. Those who follow this particular way of eating are advised to stay away from grains, dairy, legumes and heavier meats and instead focus the majority of their meals on vegetables, fruits, nuts and protein sources like chicken, turkey and fish. We’re going to dig a little deeper into the heart of the paleo diet to tell you what exactly sparked this new eating fad as well as who started it and who’s doing it. Whether you’re interested in doing the paleo diet, just want to learn about it or are looking for some new recipe ideas, you’ve come to the right place.

WHAT DOES PALEO MEAN?

Although we’ve already briefly gone over this, there’s a lot more to this new diet than just a few key things. First off, a paleo diet means one that sticks to the absolute basics of food, getting the enjoyment out of the natural ingredients, their flavors and nutritional benefits. Paleo means very little to no salt on food as an overabundance isn’t natural for the body and can lead to high blood pressure and other heart-related issues. But it also means using fresh herbs so consumers 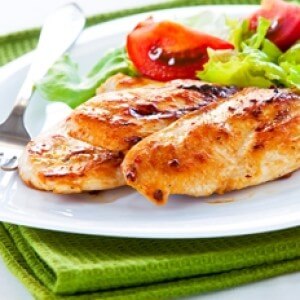 get the most out of their food without having to sacrifice taste. Paleo means absolutely no sugar except for honey, which not only tastes amazing but is also chockfull of good things making it a much better alternative to over-refined sugars. It means eating light meats that are easily digestible, another great source of protein and healthy fats. It means getting creative with your food and finding new ways to tackle recipes you’ve always loved. Salads can get a makeover, pizza can still be enjoyed with a cauliflower crust and fresh fish can be more than just a treat.

HOW LONG HAS IT BEEN AROUND?

Well, that’s quite a funny thing to think about. The word Paleolithic refers to the Paleolithic period which is better known by the Stone Age. You know, the Flinstones? The diet, as mentioned before, is meant to mimic the way our ancestors ate way back in the day, before refrigerators, Rice Krispie Treats cereal and microwave ovens. A number of books highlighting paleo diets or something similar to them has been around since 1975 but it wasn’t until the South Beach and Atkins diet fads started fading out that paleo got its time to shine.

WHY EAT THE PALEO WAY?

The overall diet mimics many current studies that show that increased carbohydrate and sugar intake, similar to the South Beach diet, can cause serious health complications. Dieticians who push the paleo diet insist that eating that way can increase life longevity, promotes anti-aging and decreases your risk for heart disease, obesity and diabetes. It promotes eating foods that hold nutritional value and avoiding the over-processed foods that have become a constant in most modern diets. It’s also never hurts to eat a bunch of fish and vegetables!

You’d be amazed at the number of celebrity names you’d recognize that have adapted their own diets to eat paleo. Plus, the majority of these people aren’t trying to lose a few pounds. They are notoriously fit celebs like Jessica Biel and Uma Thurman and even basketball star Grant Hill. Other typically fit stars who aren’t afraid to show a little skin every now and again like Matthew McConaughey and Megan Fox also swear by the diet for the way it makes you look and feel.

HOW DOES IT WORK?

As stated previously, paleo swears by cutting grains, gluten and processed foods out of the diet. People who practice it swear by its physical and mental benefits, saying they not only feel better on the diet but also they think more clearly and have more energy. Whereas the diet does give you lenience in whether or not the fruit, vegetables and nuts are cooked, it also promotes eating as much fresh food as possible. Staying away from meat that has added antibiotics or any GMO produce is also promoted, but not a necessity. This makes it easier for people who may not have the resources of a big city or a Whole Foods nearby to participate and reap its benefits. Considering the momentum it has gained in recent years and the continuing awareness of it, the paleo diet seems to be just getting its start in the healthy eating movement. Plus, with a plethora of books, cookbooks and online outlets, the recipes are abundant!