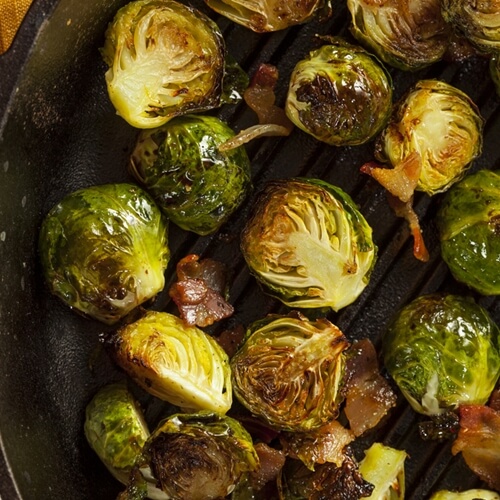 5 Ways To Pack Your Veggies With Flavor

Everyone knows that it’s important to eat vegetables for nutrition. The tricky part is ensuring that they also taste great. If you are enrolled in culinary academy, you will learn a variety of techniques for preparing delicious plant-based dishes. For now, here are a few ideas to start making vegetables that will get people excited:

1. Get steaming right
Steaming is one of the simplest methods of preparing vegetables. However, it often has results that are lacking in flavor and limp or mushy in texture. The Kitchn offered some tips that will keep you from making that mistake ever again.

Cut the vegetables so that they are all roughly the same size, and take into account that some cook faster than others. Spinach is ready after about three minutes, while broccoli requires five and kale takes 10 minutes. Set a timer, and remove the vegetables from heat before they lose their crunchiness.

2. Brine and grill
For a perfect summer side dish, prepare your vegetables in a brine and throw them on the grill. According to Bon Appetit, the key is to ensure you get the proportions just right, mixing together a cup of rice vinegar, a quarter cup of sugar and two tablespoons of kosher salt in a saucepan with three cups of water. Also include spices like peppercorn, bay leaves and red pepper flakes or coriander seeds and fennel.

Bring the brine mixture to a boil. Then, reduce the temperature and simmer carrots for eight to 10 minutes or beets for 25 to 30 minutes. Toss the vegetables with olive oil and salt before placing them over medium-high heat on the grill. 3. Just add bacon
Bacon can make nearly anything irresistible. For one thing, a little bit of pork can go a long way in adding great taste to Brussels sprouts. Serious Eats recommended searing these veggies in pork fat, pointing out that prosciutto or dry-cured chorizo can also work for the application.

Cook bacon in a skillet with olive oil and water for about eight minutes, waiting for it to become crisp. Strain the fat into a bowl and toss in the Brussels sprouts. Cook the sprouts in the skillet with an inch of fat for about three minutes on either side. When the vegetables are nicely charred, sprinkle on kosher salt and black pepper and move them into a serving bowl.

Place the marinated vegetables on wooden skewers and cook them on a grill for about 10 minutes. Baste the kebabs with with the marinade, turning them so they come out charred on all sides.

5. Prepare a stew
A vegetable stew is another fantastic way to enjoy an array of vegetables. Real Simple has a version that involves turnips, carrots, onions, tomatoes, garlic, zucchini and chickpeas. All except for the last two of these ingredients go into a saucepan with either vegetable or chicken broth, kosher salt, cumin and red pepper flakes.

Set the heat to medium and cook for about half an hour. During the last ten minutes, throw in the chickpeas and zucchini.That’s all it takes to serve up a hearty and satisfying, though meatless, stew.

Vegetables don’t have to be dull. Try these recipes and experiment with the techniques you learn in online cooking courses to discover how you can bring tons of flavor to your next veggie dish.