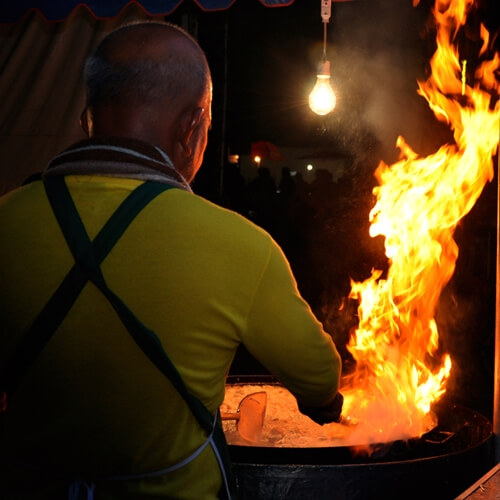 In 1988, a physical chemist decided to stray from a recipe for soufflé. As students of online culinary programs know, soufflé is no experiment – it is an exact science. Hervé This, the physical chemist, was intrigued by the specified nature of cooking. He decided to research the relationship between science and cooking. Out of this research, molecular gastronomy was born. Soon, This began publishing his findings and recipes.

Some of This’ experiments brought to light techniques that are now used regularly in modern restaurants. Chefs, hoping to get the attention of the critical elite, utilize processes such as spherification to make a dish stand out. Spherification is the process of adding sodium alginate to a food and then dipping it into a calcium, salt and water solution. The result is something similar to caviar, as the food forms little beady versions of its original shape. Other techniques have been developed to create foams out of different ingredients, un-cook eggs (adding vitamin C to a cooked egg will force the proteins to separate) and add a bit of fizz or pop to desserts.

The old and the modern
Modern techniques have pushed chefs to develop not only expertise in specific ethnic cuisines, but culinary chemistry as well. In October 2013, Masala Library opened in Mumbai, India. This small restaurant decided it would be India’s first attempt at culinary greatness. Famous for traditional dishes, India’s cultural mecca has expanded into other countries such as England, where curry has become part of the traditional English diet.

“Indian cuisine has been presented in the same way for decades,” Kalra told Sarah Kahn of The New York Times on a visit to his restaurant, “and it was only time for us to work toward offering a new lease of life.”

One dish featured at Masala Library is called Chaat 2020. The chaat is based on the street food papri chaat, which is a fried crisp topped with various spices and potatoes. Kalra has chosen to garnish his with spherified yogurt instead. Jalebi, a deep-fried baked good, has been reinvented by Kalra as a pistachio soup topped with spherified batter and a saffron foam. Kalra is on a mission to make India a central food hub, and he is doing so by building on Indian tradition with the bricks of cuisine’s modern technology.