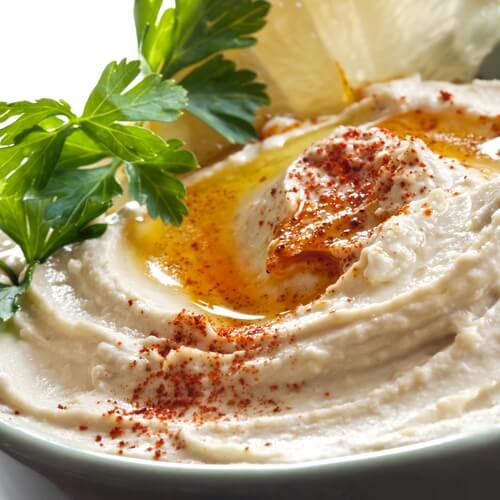 How to Make A Simple Hummus

While sometimes you have a craving for traditional dips like salsa, guacamole or that French onion dip you’ve mastered, other times you might feel the need to just try something new. If you’re enrolled in culinary academy, chances are you’ve found yourself mixing and matching with new dip recipes. However, many people are still intimidated by the idea of blending their own hummus from scratch. Here’s what you need to know:

What about the chickpeas?
When made well, hummus can taste just as good with canned chickpeas as it would with fresh ones. It’s much quicker than making your own. However, if you have the time to use chickpeas you cook yourself, do so. Soak them overnight in cold water. Using a large pot and fill it well over the surface of the chickpeas. They’ll expand to about double their original size. The next morning, drain the chickpeas and then put some new water in the pot, and salt if you’d like. Allow the water to boil on the stove, then turn the heat down. Let them cook for about an hour and a half.

While there’s no need to remove the skin from your chickpeas, doing so will make your hummus smoother and creamier. However, it can be pretty tedious, especially if you’re making a large portion of hummus. If you have the time to do so, go for it.

Homemade tahini
Hummus is more than just ground-up chickpeas. Tahini, a paste made from sesame seeds, is also a crucial ingredient. You can purchase it at most supermarkets, but you can also make it at home. It’s quite simple. All you really need to do is lightly toast the seeds so they take on a nutty flavor, grind them in a food processor and add some olive or canola oil and some salt. According to Inspired Taste, your tahini should last about a month covered in the refrigerator.

After your chickpeas are ready and your tahini is made, simply toss the chickpeas, tahini, a couple of crushed cloves of garlic, salt and lemon juice into a food processor. While your chickpeas are slowly ground, pour in some olive oil until the hummus reaches the consistency you’d like. Other ingredients
While there’s certainly something to be said about a simple, well-prepared hummus made with only the essentials, that isn’t to say that there aren’t other ways to spice up an otherwise generic recipe. Here are a few things you can throw into the mix to kick your hummus up a notch:

Be sure to serve your hummus alongside sliced pita bread, pita chips or sliced vegetables. It’ll be the first appetizer gone at the party!