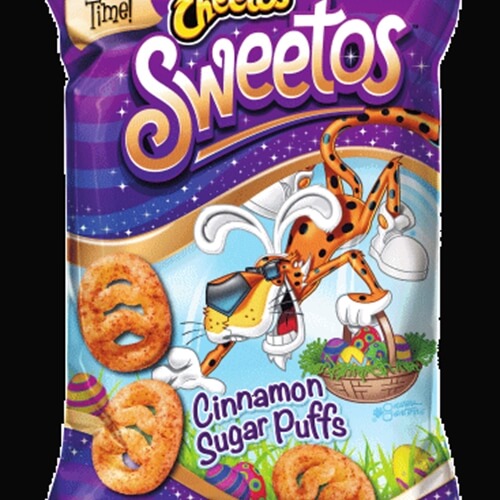 PepsiCo’s Frito Lay division is starting spring off with a brand new product: Sweetos. The new kind of snack is the very first and only sweet treat that has ever worn the Cheetos label, but it’s not the first to move from salty to sugary in the snack industry.

Snack trend
While earning your culinary certificate, you have likely learned that it’s important to test out new recipes. Frito Lay tends to send test flavors outside of North America before unveiling them for retail sale in the U.S. According to Foodamentals, Canadians enjoy ketchup-flavored Cheetos and Taiwan has a seaweed-flavored variety. Japanese snackers can enjoy a Pocky-like strawberry-dipped version of the cheesy snack. Frito Lay even had a Pepsi-flavored version in the country but it was not received well and was taken off the market in a few months.

The sweet treat option is not out of the blue for the snack world. Frito Lay’s competitor Pringles recently debuted a cappuccino-flavored variety of the beloved chips. It also released a limited-edition milk-chocolate-dipped version over the winter holidays. They also offer a cinnamon sugar tortilla chip, white chocolate Pringles stix, and pecan pie flavored crisps.

Pepsi has also made moves to integrate their brands by making Doritos flavored Mountain Dew. Will the company change their other brands, like Munchies and Fritos, to resonate more with the sweet crowd?

Sweetos
​The newest snack is abandoning 67 years of cheesy history and heading in a fresh, less orange direction with Sweetos. They’re basically cinnamon-sugar puffs and they definitely won’t stain your fingers a fiery red color. Sweetos will be available just in time to join the Easter treats at grocers, gas stations and other vendors nationwide.

The treats are sweet but not as sugary as many of the holiday’s snacking offerings, as they’re much less dense and calorie-rich than a chocolate cream egg or a giant bunny. According to USA Today, Frito-Lay North America is looking to grow outside of the cheese puff segment of the snack industry.

The brand already has a vast array of offerings, from regular to crunch, Flamin’ Hots, Cheddar Jalapeño and even a Cheetos Flamin’ Hot/Doritos Dinamita Chile Lemon mix. There’s also Cheetos Mix-Ups, puffy goodness in several shapes and flavors that is meant to emulate the taste of salsa.

Clearly the salty snacking industry is making moves to get in on the sweeter side of things.